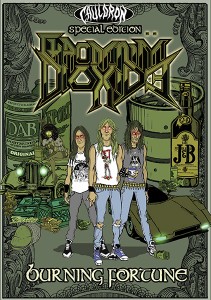 Canadian heavy metallers Cauldron have announced a short run of Eastern Canadian dates in late June/early July with Volture. Click here to check out when and where they’ll be playing.

Cauldron frontman Jason Decay comments on the tour, “We’re looking forward to doing some more gigs with the boys after our little trek with ’em down the east coast US back in January. Should be a metal station on wheels.”

The band’s new album, “Burning Fortune,” was released via Earache Records on February 14th in Europe and February 15th in North America.