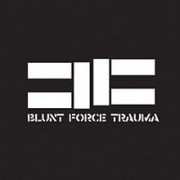 “Blunt Force Trauma” is the bands second studio album, set to release at the end of March via Roadrunner Records.

You can listen to the song on the bands MySpace page Here.