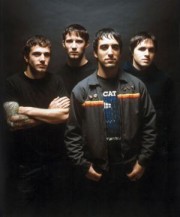 Massachusetts natives Cave In have been sorely missed since their 2006 hiatus and the small tease-of-an-EP “Planets of Old” released last year. Their heavy sound built a large gathering of fans who have been waiting years for new material and finally that day has come. Even better, a handful of shows have been announced with more on the way. Rumors circulated of an album entitled “White Silence” being released last year.

“Our favorite band that starts with a ‘CAVE’ and ends in an ‘IN’ just announced three new headlining shows on the way to and from their Krazy Fest 2011 appearance this May. Support slots TBA. Word on the street is that they’ll have a brand spankin’ new LP and CD littering their merch table….but more on that later.”