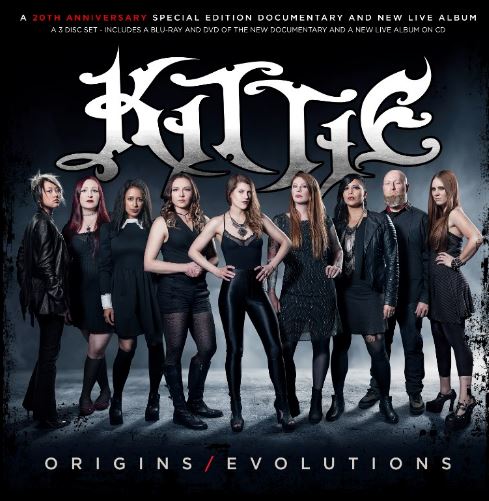 KITTIE have always been way cooler and more important than some snobs gave them credit for and I remain a real fan. A long gestating documentary is arriving on March 30 via Lightyear Entertainment in North America to celebrate the band’s career and impact. The three-disc set, which was directed by Rob McCallum, includes a Blu-ray and DVD of the documentary as well as a new live album on CD. Check out a ripping new trailer HERE.

How many people do you know that accomplished something that effectively CHANGED LIVES while they were in HIGH SCHOOL?
​
Our friends Morgan and Mercedes Lander didn’t intend to become Heavy Metal Feminist Icons in their teens, but that is exactly what they have become.

They held their own with some of the biggest metal bands in the genre and made music as brutal as any of their male counterparts. They were RIAA certified gold and have sold MILLIONS of records since their debut 20 years ago. With plays in the millions on YouTube and Spotify, the band is even more relevant today, due to the international dialogue about women in entertainment.
​
The 3-Disc Set (DVD, Blu Ray and CD) is due out on 3/30/2018.  Also, look out for a 12″ record of the audio portion of the release in the coming months.