Century Media and Earache Records come together for US licensing deal 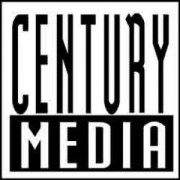 Quotes from label bosses can be found below:

Earache’s US label boss Al Dawson says, “I am over the moon with our new arrangement with Century Media. Both Earache Records founder Digby Pearson and myself have known Century Media owners Oliver and Robert for 20+ years and I couldn’t think of a better team of people to be working with moving forward. Earache has always been a progressive minded label. From being one of the first independent labels to having our own website back in the early 90’s and to being one of the first labels to work directly with iTunes and doing business with Spotify since day 1 in Europe.”

Century Media North American President Don Robertson states, “It’s exciting times in the world of metal and I am ecstatic to welcome aboard Earache to The Century Media Family in our time of growth. Being able to dive into the catalog of records that so many of us grew up with and being able to re-release cool limited editions will be a lot of fun and we are particularly excited to be working with and continuing to build future releases from artists such as Rival Sons, Oceano and The Browning.”