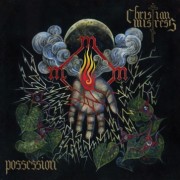 Washington heavy metallers, Christian Mistress, have announce they have completed a new album entitled “Possession.” The album was recorded in Louder Studios and mastered by John Golden at Golden Mastering. To check out the track list click here.

The new album will be released February 28th through Relapse Records.