Circle Pit with a Smile: Interview-David Davidson and Phil Dubois of Revocation 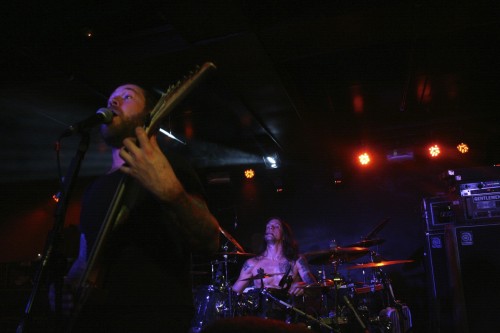 Boston’s tech thrashers Revocation have been killing the game for a while, and now with their latest self-titled Relapse Records release out running wild, there is no signs of this band showing any relent. I caught these guys back in August on the Summer Slaughter tour, and they crushed it. Firing on all cylinders, Revocation is loaded for bear and performing at the top of their game. They are currently in their last week of touring with Death Angel, Battlecross, 3 Inches of Blood, and Diamond Plate.

I spoke with Phil and David after their set and got a pie-sized slice of what’s going on in their world.

David, what happened to your food blog? [Altars of Fatness]

I was thinking you stopped eating.

DD-I’ve actually been fasting since then.

How’s that working for you?

DD-Doing great if you can’t tell. [lifting up his shirt to show some belly]

Between now and then, what would be your first update?

DD-I want to do one on a place called Armsby Abbey. I’ve got a bunch of pics of their food. I’ll update it when I get home. They’ve got really good beers and some of the most fucking decadent mac and cheese I’ve ever had in my life. 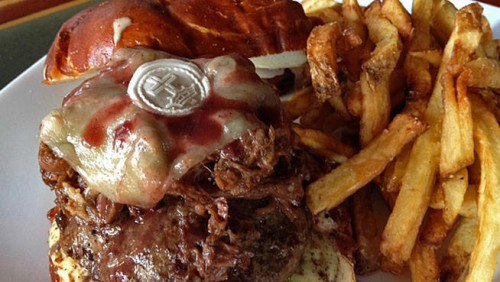 You guys ever been to Kuma’s Corner in Chicago?

If there were a Revocation inspired dish, what would it be?

PD- The Ghost is probably what it would be. Like super spicy.

PD-Let’s throw some bacon on there for Dan.

PD- What about a Scotch Bonnet?

DD-I was thinking something a little more middle of the road.

DD-Or how about a bun over a fetus? 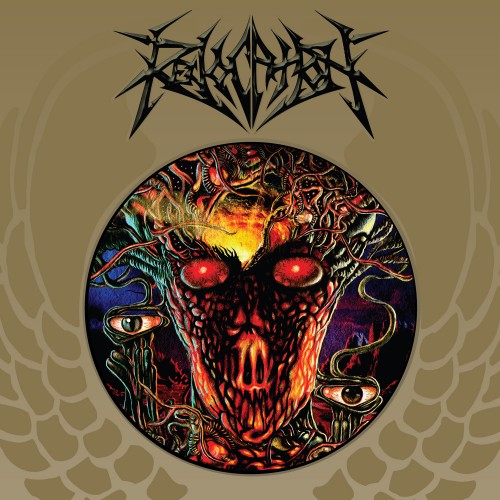 So now that Revocation has been out for a couple months, what has been the most flattering aspect of its reception?

PD-People have really been into the Dyers Eve [Metallica] cover. That’s been really cool. It’s such a classic song, you’d thick it would be met with a lot of scrutiny regardless of how it came out. Basically, everybody who’s said anything about it has been pretty positive about it. So that’s pretty cool that we can actually do some justice to such a classic song. No pun intended.

DD- The response from the people we’ve been touring with has been great. It’s always cool to have the respect of your peers and the people you look up to in the scene. They’re living it too and they understand the lifestyle.

PD- You don’t need to pass compliments on to one another. When someone says something like that, they mean it. It’s definitely encouraging and keeps us motivated to keep doing what we’re doing.

Phil, you said in an interview once that this album is the best representation of what you want as a band to do. Does that mean your live show is up to the same standard?

PD-Absolutely. I think, more than ever before, we’re firing on all cylinders live, we are as tight as we have ever been. We are playing newer material and we feel stronger, constantly revising our craft and what we can bring to the table. It’s always been an upward climb more than ever, but we are definitely where we want to be.

DD-You get better with repetition. We are playing the same, or similar, set as when we were touring for Summer Slaughter. When yo play them over and over, you get really fucking tight. 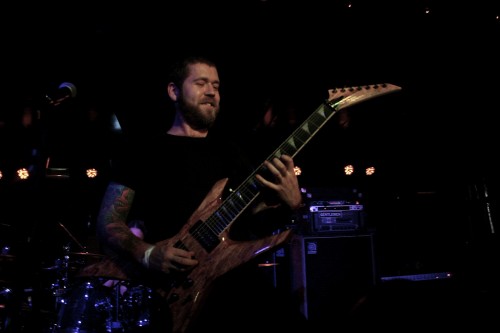 You guys always look like you’re having fun up there.

PD-We’re not like an ultra brutal death metal band or black metal band that has to put on this air of seriousness and evilness. It’s metal. It’s aggressive, but it’s fun. Thrash is a big part of our sound and thrash is fun. It’s fast and energetic and if you’re up not there having fun, then what the fuck are you doing.

DD-Circle pit with a smile.

Dan, I saw you were booking BandHappy lessons. How have those turned out?

DD-Good so far. I did one yesterday and I got a few more lined up. I didn’t book any for New York because it would have been a clusterfuck. New York and LA are not easy. I really enjoy teaching. It’s fun for me and it is also a good way to make an extra revenue stream on the road. There’s definitely expenses that come along while touring and whatnot. It’s always something different every time. It’s always a positive experience all around. The students learn something and I learn a lot by teaching as well.

What are you guys thoughts on crowd-sourced funding?

DD-We haven’t done it, but nothing like our trailer being robbed has happened. I think it depends on where it’s coming from. If you already have like a ton of money and you’re trying to cash in on fans, that’s kinda questionable. If you’re truly in a rut and your fans are really supportive, you can’t abuse it. If it’s used sparingly and when you really need it, I’m not going to stand on the other side of the fence say you can’t do that. Shit happens on tour. If your transmission blows out, you’re down five grand. If your fans will help you get back on the road, do it. 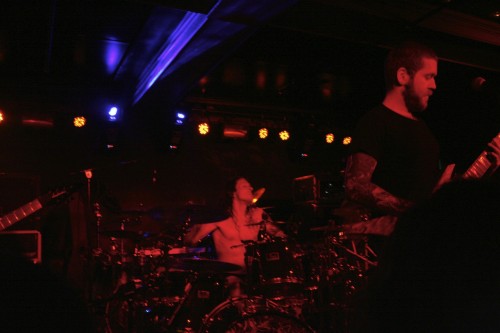 PD- We don’t know yet. We may just be old curmudgeons and do nothing.

DD-We could bring the Speedos back.

PD-That was an idea that never came to fruition.

DD-Get the snorkels and little floaties.

PD-I could just dress up like a merman and use only one pedal.

DD-What was the crab from The Little Mermaid?

PD-Dan would be that flounder. Shit, what was his name? The yellow guy.

It was just Flounder. 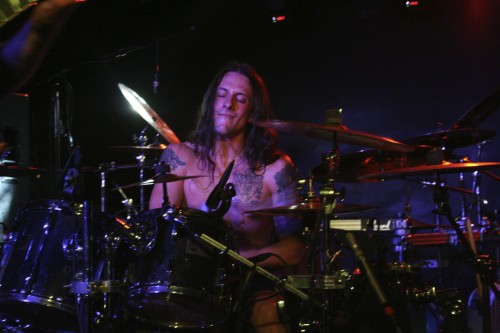 PD-Ever? I saw a good one recently. I saw a guy who went as a Che Guevara T-shirt. He made his face up like Che and then wore a big red square that was supported over his head.

Sure, this is an all emcompassing category.

Sure, you can do that too.

PD-They’re outrageously nutty. Like a Snickers with peanut butter. 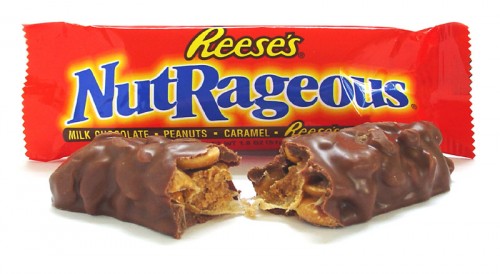 Anyone ever shit themselves on stage?

DD-On stage? No, but I farted a bunch on stage tonight.

Couldn’t smell it. I was smelling the guy in front of me though, I promise you.

PD-Check back when we’re forty and still doing this. We definitely don’t shart infrequently in our daily lives, but luckily it hasn’t happened on stage. 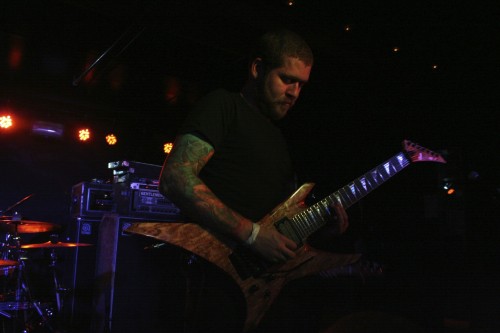