Claudio’s “real feelings” at last. Hear new song that may or may not be about me 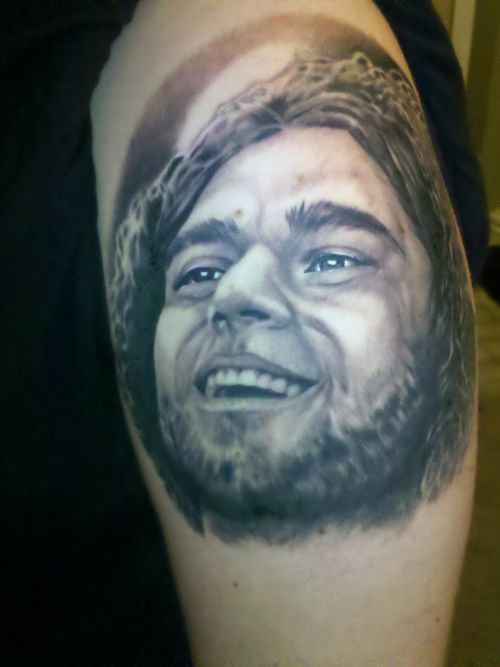 Coheed has a new song! Listen to the charming “You’ve got spirit, Kid” HERE. But please purchase Weerd Science instead because it is way better.

Well, maybe I’m reading into this too much but since I’m one of if not the only vocal critic of Claudio Sanchez and he’s just announced he’s finally doing a record of his “feelings” and not just potshots at former bandmates or friends disguised as a concept story, something is setting off my spidey sense.

Should be fun since the whole backstory of the band’s actual history (not the “armory wars” but their actual band history) that he has presented to the public is more or less a conceptual story he made up and only half the truth, when in fact many shitty jabs at former friends or bandmates have littered his lyrics even to the point of naming Apollo records after ex drummer Nate Kelley’s dog Apollo to make him jealous Nate was out of band once they got rich and rub it in his face…like, weirdo shit. Like naming the band after my fucking sister. I’m pretty much their only critic besides some people who know the truth, many of whom are their ex crew. We’ve even shared plenty of band mates over the years or producers.

If this song is about me…I guess I have to shave dude’s head. But maybe I’m wrong since, not legions of emo fans, but many people do “give a fuck” about me. You want the distribution on all the magazines nationally and internationally I write for, dude? And as the lyrics say “the floor is all yours”, which could relate to me since they never respond to anything I say whether I ask nicely or try and heal the friendships or whether I’ve been a drunken asshole. Floor certainly is all mine if you hide in plain sight.

I’m friends with a lot of their fans who have been cool to me but there are also many who are just willfully in denial and worse detectives than juggalos trying to figure out how magnets work. Even the media that covers them has done a terrible job getting the truth. And I love the other dudes in the band who I know, even though they are his yes men and their manager is all about supressing the truth and has been for years, but it’s a bubble long overdue to be burst. Unchecked fucking vanity is not punk rock. Grow the fuck up, dude. You have a good life and lots of fans. many people worked hard to get you there, it wasn’t just your demi god powers. And show some forgiveness since all of us fucking partied too hard and no one has been an angel.

Catch up to speed HERE for more context. But I mean, it could be about his pizza delivery guy. Who knows. Also, the above tattoo reminds me once when Josh Eppard told me he saw a back piece of Fred Durst on a 16 year old girl that time Coheed played Canada and got drunk and said Gretzky sucked and got booed by Canadians. Like, do you want this Ewok on your fucking arm your whole life? Really?

Maybe I’m paranoid. Doubt it. At least I still have some un auto tuned roughs from their Turbine Blade sessions if I really decide to get mad, haha. But I’d rather take the high road. I’m also nobody’s bitch and always speak up for myself, friends and family.