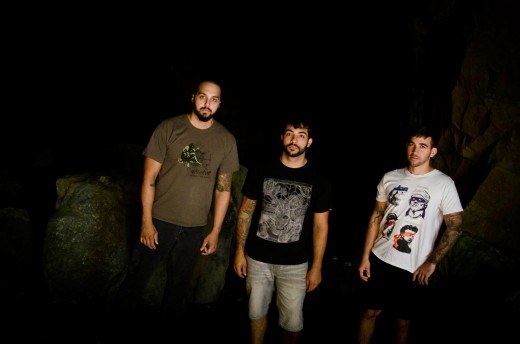 It’s awesome to get to write about cool working class bands and remember as a blogger there is a choice behind every post. I’d much rather post something on a cool, sludgy band with hardcore connotations than another fame pandering bunch of bullshit with no heart. It is even cooler when a band has friends in it.

Clover are a rising light in the scene. They have been slugging it out for awhile and remain determined, if humble. That’s good!

They also fucking CRUSH! It’s a very original take on metalcore and groove riffs that is refreshing and bludgeoning as HELL!

Like Tiger Flowers, Womb Of Nations or Dead Empires, the Clover boys are proving the NY scene still has a lot of spark in it.

“We began writing for Exile almost immediately after putting out our first album, Vultures. Halfway through the song writing process, we had noticed a shift in our sound and decided to keep pushing that further and further. I think this record has some of the darkest sounding material we have written to date.” – Michael Guthaus (Clover)