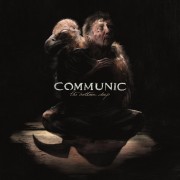 The album is set to be released July 22nd via Nuclear Blast.. This will be their 4th album and the follow-up to their 2008 release “Payment of Existense.”