Conducting From The Grave release “The Rise” performance video 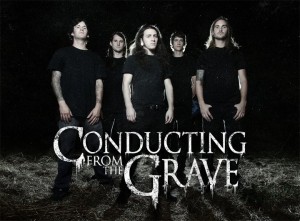 Conducting From The Grave have released a rather straightforward performance video for “The Rise”, directed by Michael Alvarez. Despite the fact that I never need to hear another song called “Rise” or anything similar (or “Liar”, for that matter) in metal or hardcore again, it is a solid display of technical skill, if not originality. Seriously, there are sooo many bands with a similar song title over the years – ironic since this band’s name is fairly inspired.

Nonetheless, the band is on point, clearly hungry and firing on all cylinders, while the rhythm section especially kill it.

More News On Conducting From The Grave: