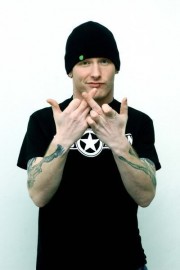 Corey Taylor, singer for the Iowa heavy metal act, Slipknot, and alternative metal act, Stone Sour, was interviewed recently by Vampirefreaks.com. In the interview he discusses the future of both his bands, how he wants to work in movies, the difficulty of a music career, and more.