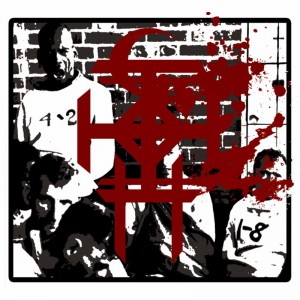 “Who made Hell… Hell made Who…” – “I Was Never Good At Meth,” CORRECTIONS HOUSE

CORRECTIONS HOUSE will unleash their long-anticipated, sophomore full-length, Know How To Carry A Whip, this October via Neurot Recordings. Darker, denser, and more despairing than their 2013-issued Last City Zero predecessor, the nine-track, forty-five-minute audio apocalypse was captured by the band’s own Sanford Parker (Minsk) and recently institutionalized minister of propaganda, Seward Fairbury, in Vietnam. The record boasts a guest appearance by Negative Soldier and finds CORRECTIONS HOUSE – which features the fiery lineup of Parker, Fairbury, Scott Kelly (Neurosis), Bruce Lamont (Yakuza) and Mike IX Williams (Eyehategod) — at their most punishing, painting electronic mosaics of deviance and decadence with brushes made of bristles of the damned.

Immersed in experiences of longing and loneliness from the depths of their collectively decaying hearts, each movement contained within CORRECTIONS HOUSE’s Know How To Carry A Whip reveals a new, unsettling sentiment of danger, paranoia and looming defeat. An underlying theme of confinement and release bridges each track. Atmospheric and haunting; hypnotic and pulsing, songs writhe and wither, decay and peel. Distorted, doomed and oft static sodden, discordant and tribal, twined around Williams’ unassailable manic street preacher prose and intermittently juxtaposed by the smooth, cradling sounds of Lamont’s lingering saxophone, Know How To Carry A Whip is at once bleak, grey, glacially devastating and metaphysically cathartic. “The music is simultaneously suffocating and freeing,” expounds Kelly, “but it also has the energy of a whirling dervish.”

In a rare, lucid skype transmission from the mental facility in which he currently resides. Fairbury further elaborates of the production, “the songs typically originate from the loops and beats that are generated from Sanford, then the skeleton of riffs are built by Scott and Bruce. Mike IX adds his profound observations and I do the final production. These new songs are far more developed and fluid then the first record. There is a prevailing groove that dominates.”

(Fairbury, who was missing briefly last year, obsessed with seeking clarity and understanding beyond Who, What and Why we are to ultimately expose The Truth, continues his downward spiral towards madness and despair. Allegedly plotting an elaborate escape, Fairbury plans to rejoin CORRECTIONS HOUSE in their systematic propagation of auditory abuse later this year.)

Know How To Carry A Whip Track Listing:

1. Crossing My One Good Finger

7. When Push Comes To Shank

8. I Was Never Good At Meth

CORRECTIONS HOUSE methodically creates and destroy through sonic disease and transcendent musical deconstruction. All things in all ways. There is nothing else. Know How To Carry A Whip will be released worldwide on October 23rd, 2015 via Neurot Recordings.