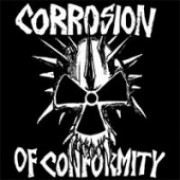 Corrosion of Conformity continue to add tour dates to their Animosity tour. The Animosity tour will feature the three member line-up from their “Animosity” album released in 1985. Pepper Keenan, frontman and bassist for CoC since 1989, has not left band as he is currently working with Down on its fourth album, “Diary of a Mad Band”, set to release on October 5th. For Animosity Tour dates click here.