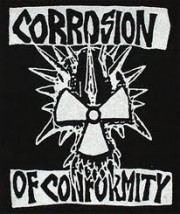 Corrosion of Conformity, the North Carolina trio who reunited last summer for a dozen dates and a seven-inch single, have confirmed a full summer tour kicking off May 26 in Carrboro, N.C. at Cat’s Cradle with the band Scream as support.

The band’s upcoming schedule also includes an extensive European run with stops at a number of the continent’s major summer festivals including Hellfest, Getaway and Graspop. Returning to the States in mid-July, COC joins Clutch for a handful of dates.

Corrosion of Conformity is wrapping up work on a new album, the first new release featuring the “Animosity”-era line-up of Woodroe Weatherman, Reed Mullin and Mike Dean since the mid-’80s. Further details to be announced shortly.