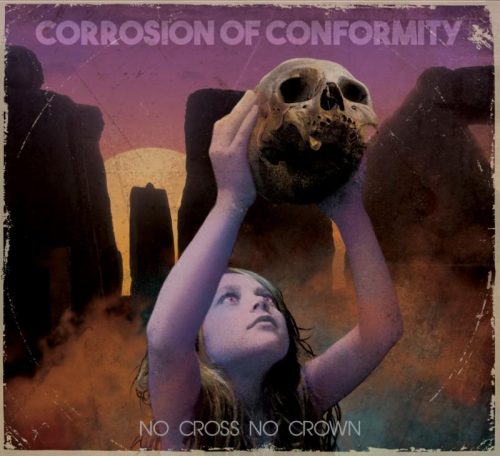 Corrosion Of Conformity with Pepper in the line-up is by far the most popular version of the band, though all their records over the years are terrific. Anyway, No Cross No Crown is the name of the pending first C.O.C. record with Pepper back in the band after a little over a decade. The first single is fantastic and will rock you out of all the misery in the air with some glorious guitars, a potent rhythmic charge and Pepper’s hoarse and bluesy, assured and gruff vocals. God damn, I needed this today!

Pre-Order No Cross No Crown HERE.

“Reed called me and mentioned maybe playing a couple shows,” Keenan recalls. “I said, ‘Let’s just go to Europe and see if it works.’ So we went to Europe and then ended up going back four times in one year… We toured for a year and then started tracking about ten or eleven months ago.”

No Cross No Crown will be released via Nuclear Blast Entertainment worldwide on January 12th, 2018 on CD, digital, vinyl, and cassette formats.