CORROSION OF CONFORMITY To Kick Off North American Live Takeover 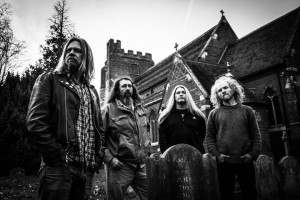 Long running metal icons and recent Nuclear Blast signees, CORROSION OF CONFORMITY, will kick off a near month-long North American live takeover this week. The headlining trek will commence on November 12th in Atlanta, Georgia and wind its way through twenty-two venues before coming to a close on December 10th in Raleigh, North Carolina. Support will be provided by Brant Bjork And The Low Desert Punk Band, Saviours and Mothership. The band’s latest stretch of dates follows their recent run with Clutch and Mastodon and includes a stop at Philip H. Anselmo’s third annual Housecore Horror Fest in San Antonio, Texas. See all confirmed dates below.

In related news, CORROSION OF CONFORMITY will serve as headliners at the 2016 edition of Desertfest.The band will share the stage with the likes of Electric Wizard, Godflesh, Crowbar and so many more. For more info visit: thedesertfest.com.

CORROSION OF CONFORMITY will enter the studio late this Winter/early Spring with longtime producer John Custer. Custer has recorded such prior COC classics as Deliverance, Wiseblood, America’s Volume Dealer and In The Arms Of God. The as-of-yet-untitled-album will mark the band’s studio reunion with vocalist/guitarist Pepper Keenan and their first full-length record together since 2005. A fall 2016 release is expected.

CORROSION OF CONFORMITY emerged from hibernation as a trio and released 2012’s self-titled album and 2014’s IX to wide acclaim, but many hardcore fans have been eagerly and patiently awaiting the return of Pepper Keenan.

The band were originally an influential hardcore punk/heavy metal crossover act before reaching critical success with a then new lineup on 1991’s Blind album. That trajectory continued with wider appeal as Keenan took over as the group’s primary vocalist on Deliverance (1994) and Wiseblood (1996). These two recordings in particular fused the raw energy of their previous albums, with some great strides forward in classic rock inspired songwriting and more spacious production and execution. Since then the band has often been copied but rarely equaled. This juggernaut gained mass and momentum with relentless touring alongside such greats Metallica, Clutch, Eyehategod and many more. Eventually, following the release of In the Arms Of God in 2005, Keenan decided to focus all his energy on his hometown band Down… until now.

CORROSION OF CONFORMITY is: