Cynic’s Paul Masividal and Sean Reinert out of the closet 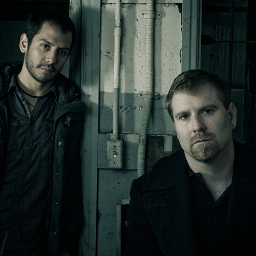 I just saw on the Advocate  that Cynic members Paul Masividal and Sean Reinert have come out. Good for them. The band have opened minds since inception and continue to write great music, so who cares what their sexual preferences are. SImply some of the most talented dudes in metal. It goes to show how people are people and regardless of gender or sexual orientation, we shouldn’t be biased towards them as music fans.

People were shocked by Rob Halford years ago or recently when Mina Caputo transitioned, but it doesn’t in any way diminish their greatness as artists. Hopefully in 2014 we can have more of a sane environment wher people can be accepted for the quality of their work alone, male or female, straight or gay.

“Gay people are everywhere, doing every job, playing every kind of music and we always have been,” Reinert told the L.A.Times. “It’s taken me years to finally be brave enough to say, ‘If you have a problem with that, then throw out our records. That’s your problem, not mine.'”

As someone who identifies as bi myself, thank you Cynic for helping to state the case eloquently as to why archaic ways of thinking have no place in a modern society.