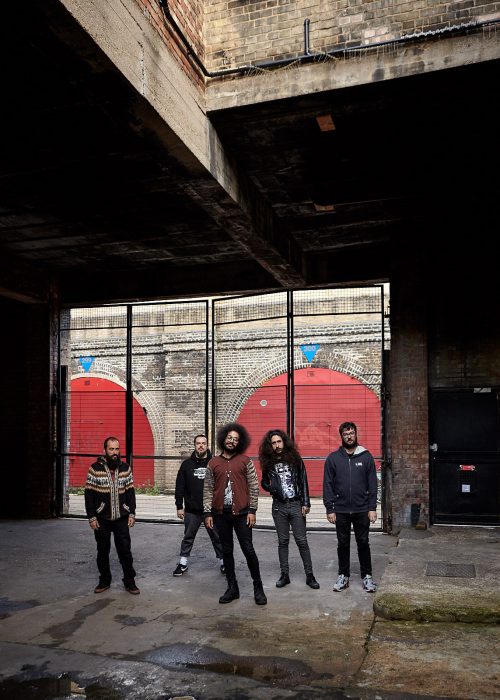 Deafbrick – the collaborative album between Brazil’s DEAFKIDS and the UK’s PETBRICK – will see release this Friday in North America through Neurot Recordings and in Europe via Rocket Recordings. CVLT Nation is now hosting an advance stream of the entire album alongside an interview with both acts. This is a very exciting moment for the underground as both acts are pillars of inventive cacophony and this collab is sure to be something left field and morale boosting for fans of extreme, freaky chaos and percussive weirdness.
PETBRICK is the creation of Wayne Adams (Big Lad, Death Pedals) and Iggor Cavalera (Sepultura, Soulwax, Cavalera Conspiracy) and more. The band has released several EPs and albums through Closed Casket Activities, Rocket Recordings, and more over recent years, and they have toured and collaborated live with a variety of acts.
DEAFKIDS erupted into the international scene when Neurosis’ Neurot Recordings signed them in 2016. Since then, the label has issued two albums from the trio, and they toured internationally including opening for Neurosis, Bell Witch, Big|Brave, and others across North America, and alongside Rakta, Petbrick, and others in Europe.
CVLT Nation writes in part of the album’s intense and psychedelic attack, “DeafBrick is a unique aural experience and I’ll give it to the guys: there’s nothing quite like it on this planet. Their collaboration brings out the best in both bands and tends to temper any of their individual excesses. This is a focused, intelligent record of noise, industrial, metal, and punk. This is the most original album I’ve heard all year, but it is definitely not one of the most pleasant. There’s an element here, one of deprogramming, or maybe it’s programming, but you can feel your brain bleed in certain parts, like the band is issuing forth sounds that are breaking down mental barriers you never knew existed. This isn’t dangerous, but it is singular, and once you allow yourself to delve into its depths, you won’t come out the same person.”
Listen to the entire DEAFKIDS & PETBRICK Deafbrick collab at CVLT Nation early RIGHT HERE.
Also see the previously issued videos for “Sweat-Drenched Wreck” HERE and “Força Bruta” HERE.
Deafbrick will see release on LP and digital platforms this Friday, September 4th. In North America, find preorders through Neurot Recordings HERE and HERE. In Europe find preorders through Rocket Recordings HERE. Preorders for all digital providers are available HERE.