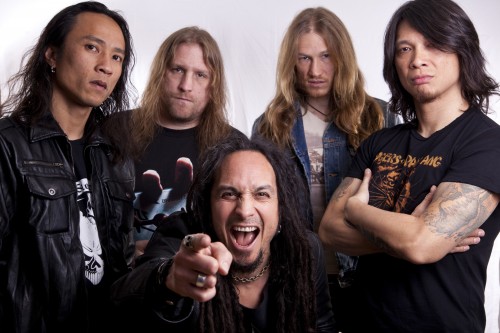 “It is with great excitement that I finally get to share this DEATH ANGEL news, a thrashumentary is finally complete and ready for release this summer! The film tells the story of DEATH ANGEL from our inception to the present day. With many guest appearances by some of our peers and contemporaries who happen to be some of the most respected players in the genre. It covers the highs, lows and highs again of the band and the thrash metal movement. A must have for any metal fan! The even better news is a thrashumentary will be accompanied by an official live album called The Bay Calls For Blood, which was recorded in our hometown of San Francisco! We are so proud of this recording and performance that we decided to release it as a live DEATH ANGEL record! Did I say record? Damn right, I did! Because it will also be available separately on limited edition vinyl for all the true metal fans! Bleed for it!”