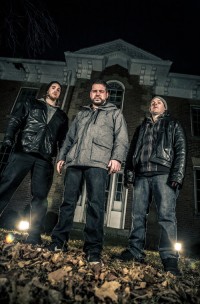 Deathpoint has three shows coming up. Their Anti-Valentine’s Day Show will be in Guelph, Ontario.

The show will feature Seducing Medusa, Killitorous and This Is Identity.

Ahead of their Anti-Valentine’s Day Show Deathpoint have two shows this weekend.

They will be touring in support of their album Sinister as well as their just released music video for their song ‘Between the Lines’.

Check out the shows as well as the video for ‘Between the Lines’ here.