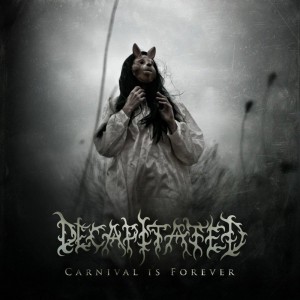 Polish tech death staples Decapitated have decided to make your holiday hangover just a little more bearable. Today they released the official video for “404” from 2011’s fantastic Carnival Is Forever (released via Nuclear Blast). The vid features them tearing it up live. You can check it out here.