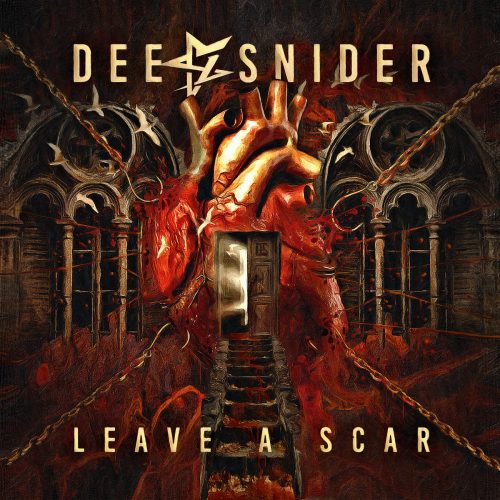 Metal icon Dee Snider has been spreading his wings into heavier territory in recent years, though he has always supported bands on the heavier end of the spectrum (think of that great Strangeland soundtrack-better than the movie!- that had Crisis, Bile, Clay People, etc.).

Dee Snider recently announced the upcoming release of his fifth full-length, Leave A Scar. Once again produced by Jamey Jasta, the outing will arrive on July 30 through Napalm Records. Big props to Jasta for getting what makes Dee tick so perfectly and being able to honor his legacy while actually helping add to it in a big new way! And huge props to Dee for not getting complacent like so many elder statesman of rock!

Today, Snider has unveiled the album’s second single, “Time to Choose,” which features guest vocals from Cannibal Corpse frontman George “Corpsegrinder” Fisher. The song is rad heavy metal, though by George’s standards it is like chamber pop. That is no slight to Dee. The song rules. It just is way more on the heavy metal end of the spectrum than death metal and that is also fine by me. It is enjoyable and head banging will certainly ensue.

Dee Snider comments: “‘Time To Choose’ deals with a subject I’ve addressed often over the course of my writing career: good vs. evil (see ‘Burn In Hell’). Given the heaviness of this track, I felt adding George ‘Corpsegrinder’ Fisher’s voice to this would drive home the seriousness of the choices we make. I was honored when he agreed to contribute his incredibly powerful voice.”