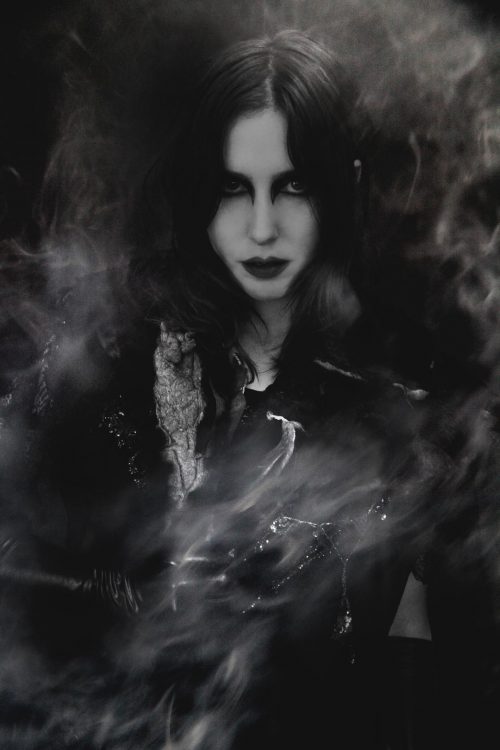 While we wait for Chelsea Wolfe’s 9/13 Birth Of Violence to grace our ears, I thought it would be cool to ask my knowledgeable and fantastic friend Renee Ruin (definitely check out reneeruin.com!) to be a guest blogger and do a Deep Cuts on this multi-faceted and darkly prismatic, ever evolving and brilliant artist. She was super chill and said yes and so here we are with another edition to Metal Riot’s Deep Cuts.

For those who don’t know, this is an on again off again on again column where we dissect three lesser known tunes, covers or performances by an artist we love. Enjoy Renee’s Chelsea choices and be sure to pre-order the new record to support working artists.

This track was taken from what was penned as a tribute EP to Rudimentary Peni, previously recorded more acoustically and released for free as “A Tribute to Rudimentary Peni” via Pendu Sound Recordings in 2012, and then re-worked with full band and released in 2013 via Southern Records as the ‘Prayer for the Unborn’ EP. I love the drums and rawness on this track, it’s dark undertones seething with a black metal twinge and the eeriyingly wail and echo of Chelsea’s voice. I’d love to hear a fierce rework of this track in 2019.

2. ‘You are my Sunshine’ =
This song was a bonus download only track on The Grime and The Glow (2010). Whilst it is a cover as opposed to a Wolfe original it has always remained a fave of mine. The true ache and sadness of the song is brought out perfectly in her rendition complimented by the slow acoustic eerie style and the softness and vulnerability in her voice.

3. ‘Tracks (Tall Bodies)’ = This track is from Apokalypsis (2010) and it reminds me of the first time I got to see Chelsea live as well as when I first met her and we became friends. But what I love most about this song is possibly one of my favourite lines in a song – “we could be two straight lines in a crooked world”. That has always struck with me. It’s such a classic early Chelsea song and always a treat to see it played acoustic and solo. This track, ‘Demons’ and Moses were all a glimpse of where Chelsea was heading and just what magic she was getting ready to unleash.

moments in film/history/art that helped lead to the Birth of Violence album cover ? Ingmar Bergman’s Summer with Monika, Picnic at Hanging Rock (1975), Joan of Arc, Circe – John William Waterhouse, Julia Margaret Cameron’s portraits, & the card I pulled to make the final decision on which direction the cover should take: the High Priestess