1. “War” (Blood-Rooted): Most people would never think that this creeping, ominous funeral dirge was actually a Bob Marley cover. It appears on the excellent Sepultura compilation Blood-Rooted. It came out as Max was leaving the band and so even if the compilation was maybe a label cash grab, it nonetheless is a sick fucking CD. Their Dead Kennedy’s cover, a lightning-fast live version of “Beneath The Remains” and this insanely dope protest song are worth the album cost alone. This is a nice prelude to the cool shit Max would eventually accomplish with the mind-opening and genre straddling music of Soulfly.

2. “Old Earth” (Against): This song is so heavy!!! There is still a large group of metal heads who think Sepultura is only Max Cavalera. I love Max. He is one of my heroes, but give me a break. This song from Against should prove beyond any doubt, and did to me right away, that Derrick Green is one talented motherfucker. As soon as I heard this track I knew the band was still destined for greatness. I doubt anyone but Green could have kept the Sepultura legacy alive as well. If it wasn’t that people associated the band so strongly with the Cavalera brothers, they would think a lot of the Green era Sepultura was some of the heaviest, nastiest and bad ass music in the world. Wake up! It is!!! Did you hear A-Lex?!! That shit was dope! Green is not only intimidating as hell to watch, he is talented beyond belief. I love that dude. This is one of my top five favorite songs by this band ever. Kids who loved Testament’s eco-friendly song “Dark Roots Of Earth” should give this song a listen.

3. “Biotech Is Godzilla” (Chaos A.D.) : I was gonna find another Green-era song to post here just because I think later day Sep is so underrated, but I had to go with “Biotech” instead. Sepultura + Jello Biafra is always awesome. Check out Jello on Youtube covering “Holiday In Cambodia” with the band sometime. It fucking rules so hard. Up there with Bad Brains “Gene Machine” for awesome songs about fearing the abuse of science, greedy humanity and technology unchecked by rationality. I linked this to a cool live version (though no Jello on this performance). 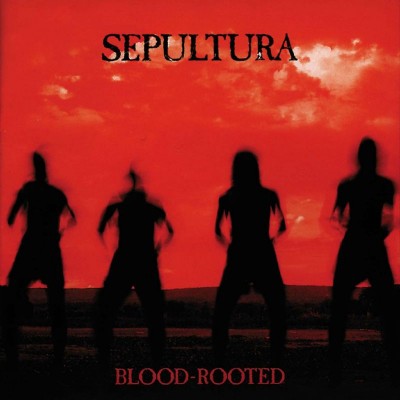 Check out these older Deep Cuts entries on Soundgarden and Korn as well! More to come!