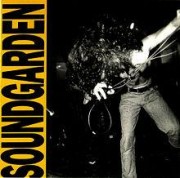 For the second installment in the Metal Riot “Deep Cuts” series (the first was Korn), we are going to look into the stunning catalogue of one of grunge and heavy metal’s most revered bands, Soundgarden. With King Animal (the long hoped for return record) due to soon be released to the hungry masses, it is only fair to thank Soundgarden for a great career of massive, inspiring jams by showcasing them as the next artist in this column.

From their early days with the raw, unhinged glory of Screaming Life to the more polished but still brilliant compositions on Down On The Upside, they truly have never made a bad record. With many bands taking the path of least resistance when it comes to creative choices these days, we are lucky for true music like this as an eternal rebuke.

There is so much to choose from, but click HERE to see which three cuts made “Deep Cuts”.

1.“Cold Bitch” (from the B-side of the “Spoonman” single) – I almost picked “No Attention” for a really heavy one with great lyrics but had to go with this instead.This song is just so intense and I don’t know why it didn’t make it onto Superunknown. I had a tape dub of that album and painstakingly added “Cold Bitch” right after “Like Suicide” and let me tell you, it rips your head off. It might be a leftover tune from the Badmotorfinger era (like “Black Rain”) that was just tacked onto the “Spoonman” single but I am not actually sure, because I have long since lost my “Spoonman” CD single. This song is one of the heaviest Soundgarden riffs paired with some of the boldest Chris Cornell vocals this side of “Beyond The Wheel.” Like the calming avalanche “4th Of July” or the bruising resignation of “Limo Wreck”, this song is almost uncomfortable except that it rocks so hard. Chris repeats the line “In your heart I’d freeze” over and over for wrenching impact. One of the best songs they ever wrote that no one knows about.

2. “Loud Love” (from Louder Than Love) – The metal on Louder Than Love had some tongue-in-cheek caveman moments (“Big Dumb Sex”), but Soundgarden were always prone to add smart twists that set them apart from more low brow metal bands. Influenced as much by Killing Joke as classic metal like Black Sabbath and Zep, you can hear the ingenuity in this great track’s melody AND sheer force. They always knew how to maximize riffs and hooks. This song is not as deep a cut as “Uncovered” or “Gun”, for example, since a music video exists, but it still bears revisiting for latter day fans. The intro alone is one of the most fucking epic moments in rock.

3. “Searching With My Good Eye Closed” (from Badmotorfinger) – This song, from the second half of Badmotorfinger is just drilled into your brain if you were a real rock fan in the 90’s. Kim Thayil and Ben Shepard create an intoxicating groove over some of Matt Cameron’s slickest drum support, while Cornell elevates this uplifting and psychedelic anthem “to the sky”. They are playing it live again! 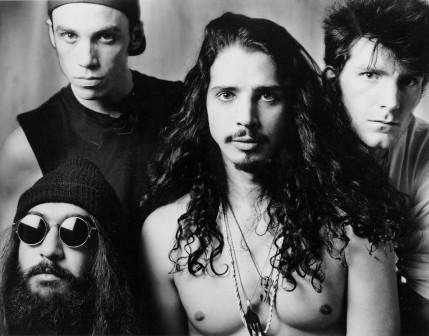