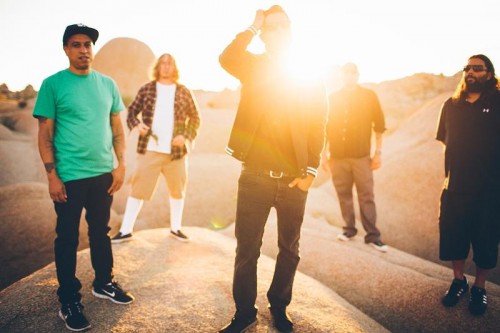 Def news for ‘ Tones fans in the wild west. The Grammy award winning groovesters will hit the road this May for a bunch of dates that focus on Texas and Oklahoma. Tour kicks off with the Rocklahoma festival in Oklahoma on May 23rd. The remaining performances take place in Texas, including their appearance at the Free Press Summer Festival in Houston on May 31st. Tickets go on sale today.

Do yourself a favor and grab a ticket if you can, as  Deftones remain one of the most forward thinking and game changing bands going in this crummy world of copycats.  You gotta give them props for never compromising like many other bands that were once tagged “Nu”. Hopefully they will do some full U.S. stuff soon and take out some cool bands like Delain and Islander as openers (hint hint, Chino). You know that’d be a dope tour.

Most recently, Deftones joined Avenged Sevenfold for their headlining U.S. tour last October and of course blew them off the stage. Deftones are touring in support of their seventh studio album Koi No Yokan, which was released in November on 2012. It debuted at No. 11 on the Billboard Top 200 chart, with over 65,000 sold its first week, and spawned two Top Five hits at Rock radio (“Tempest” and “Swerve”).  Koi No Yokan has also met with critical acclaim. Revolver named it their “Album of the Year” at the magazine’s Golden God Awards, while SPIN selected it as one of its Top 50 Albums of 2012. The NY Post also hailed it as “one of the best rock albums of the year.” Watch the video for “Swerve City” and get funky with your old lady .

Well, I’ve got to get back to spliffingly binge watching Clone Wars on Netflix but you can click HERE for da tour dates.