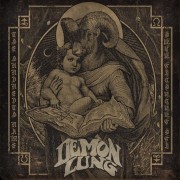 Las Vegas Doom Metallers Demon Lung have premiered ‘Eyes of Zamiel’ off of their forthcoming album The Hundredth Name, which is a concept album to be released via Candlelight Records on June 4th.