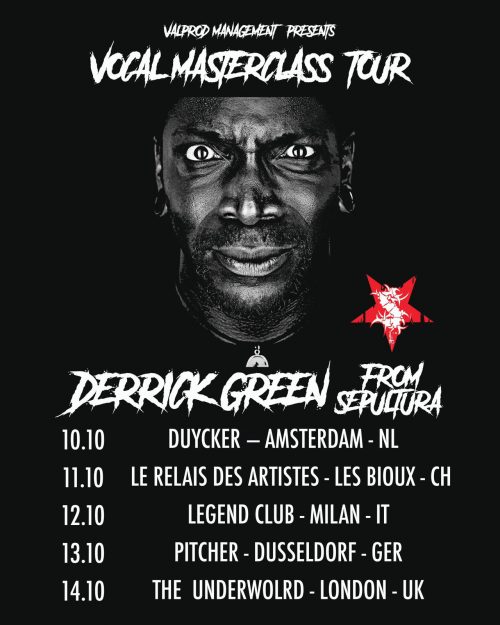 Personally, I believe Derrick Green of Sepultura to be one of the best vocalists in Metal. He has done a lot of killer work with the band since joining but since people are so stubbornly obsessed with the early Sep-mythology they often have somehow not realized that Machine Messiah, Against, A-lex and Dante XXI (to name my favorites with Green) also kick complete ass. Just because the band covered U2 once – and WELL – some idiots wrote off Green, who frankly has more talent in his charismatic demeanor than they could ever muster, and certainly a more powerful bellow or melodic voice than most of his haters. Green is a pro and unphased, kicking ass consistently. Hats off to the dude.

SEPULTURA’s Derrick Green will be on the road in Europe for a Vocal Masterclass Tour during the month of October (2019). Check below the dates and HERE for tickets.