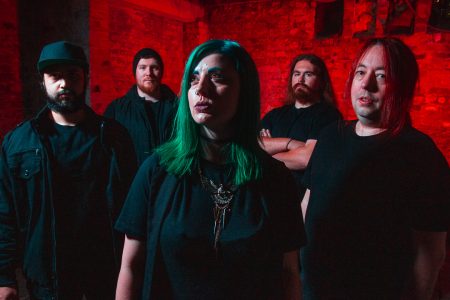 Destroy Planets have released an alt metal sledgehammer of a track that rotates between bratty rap-esque chants and rumbling deathcore lows from vocalist Tanya over syncopated, dialed-up aggression from the band.

“This song means different things to us. Tanya composed the lyrics and to her the song is about betrayal and being able to move forward dealing with the struggles betrayal presents. Other band members feel the lyrics can represent two halves of the same person having an internal conflict or that there are two people where one person is living a fake lie and the other person is perhaps trying to escape this. The whole feel of the song could be seen as what goes around comes around or struggling with demons in your past that you can not escape from.”- Destroy Planets