Did the drummer of System Of A Down seriously just tell me Black Lives Matter are the new Brown Shirts?!!!

REVOLUTION, THE ONLY SOLUTION!!!

In which the now Trump bootlicking drummer of System Of A Down betrays all their material and tells me that Black Lives Matter are the same as the Brown Shirts. Serj Tankian, fuck this clown already. John Dolmayan (aka BYOBootlicker, my new name for him) has truly lost it. Ok, so every other basic armchair expert loves to say the “DemonCRats are thE reAl fashitz” yet COMPLETELY IGNORE the GOP SOUTHERN STRATEGY, but calling BLACK LIVES MATTER the new Brown Shirts is beyond revolting gaslighting. When I interviewed him years ago he was going through a McDonalds drive through. Not exactly ‘woke’ or helpful to the message.

John seems like a Seventh Kavalry Qanon moron who Ayn Rand and Steve Ditko spawned at a Nu Metal bakesale. What a god damn letdown! How fucking sad too that John has compared people fighting for freedom to not be MURDERED BY POLICE BRUTALITY to Hitler’s god damn Sturmabteilung ! While your band stood for the recognition of a covered up genocide you now spread HIDEOUS RACIST FALSE EQUIVALENCY! Fuck Off.

What happened to ,”Pushing little children with their fully automatics…”?

Serj, Daron, Shavo…fire this asshole or get him an intervention like YESTERDAY! For the love of God! Is this why you guys have been sorely needed as a band but haven’t released an album in forever? Just to humor this clown?!! Heartbreaking. One of the best political bands ever totally derailed by one member’s mind destroyed by money and conspiracy drivel. This is even worse than Korn jamming with utter homophobe Mike Huckabee. Seriously, WTF are you guys doing?!! Read the fucking room. 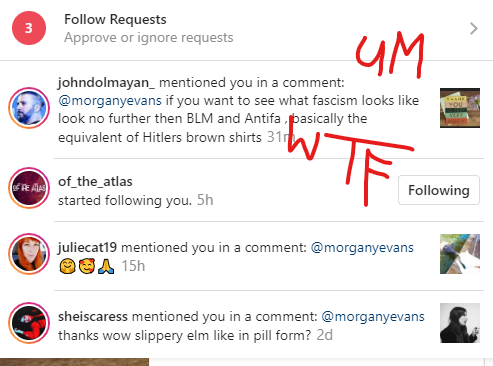