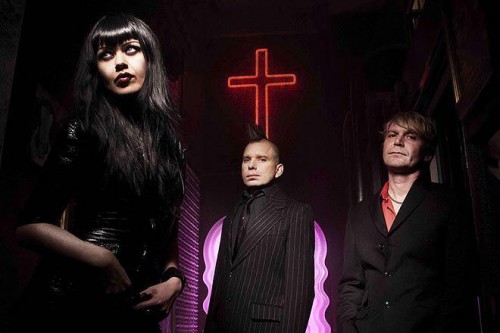 Die So Fluid have revealed a new video for hard rock song “Comets”. I really am starting to think they can do no wrong, as “Comets” once again proves this improbable grunge glam trio just writes better songs than most bands. The opening shot of L.A. in the video is quite affecting, while the clip also shows the whole talented and unified band rocking out hard.

“This is an in-house video in that it was mainly directed, shot and edited by me. A super-fan and friend very generously gave me a GoPro to encourage my filming interests for Die So Fluid ( “Crime Scene'”was also an early attempt of mine) .I wanted to make a video that reflected the personal elements of “Comets” that inspired me to write it , so it’s a tribute to how it feels to ride a Triumph with your man around the streets of LA, which has still has mind blowing dreamlike qualities for a relocated English gal like me.”

Click HERE to watch the kick ass clip and rev things up.

More News On Die so Fluid:

More On: Alternative Metal, Video, Die so Fluid,
share on: