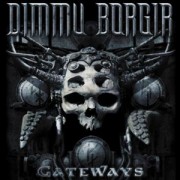 “Abrahadadra” will be released  in Germany on September 24th, in the rest of Europe on September 27th, and in North America on October 12th via Nuclear Blast Records.