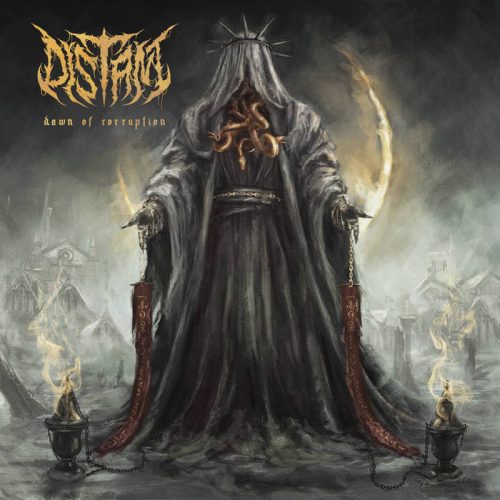 Rotterdam’s DISTANT are pretty much the most brutally no frills downtempo deathcore band I have heard in awhile. I am not quite convinced they do not want to destroy us all, even if they seem to be normal folks. There has to be some kind of demonic inhabitation going on here. Also, I have gotta say I am a big fan of the simplicity of their vibey band name, the implied alienation really works for me. How did no one have that name yet?!

The band- who could certainly appeal to fans of Oceano, Black Tongue or Chelsea Grin – have an EP due out on tastemakers Unique Leader on October called Dawn of Corruption. The 6 song release was mixed and mastered by Simone Pietroforte at Divergent Studio and sounds like Colossus shitting out Wolverine (in a good way).

“Hellmouth” has been out about a week and some change but I just caught wind of it and so wanted to make sure we had you fanatics covered over here for your RDA of heavy!