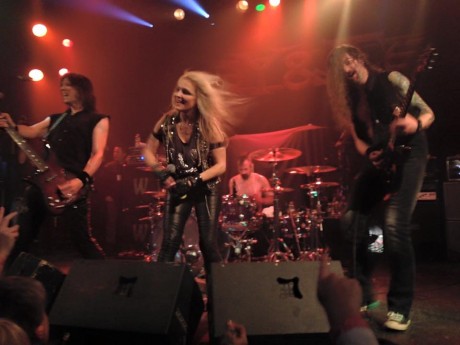 It has honestly been quite a while since I’ve attended a metal show. Between the work schedule I have, and general disinterest in majority of the shows that happened to fall on the few days off I have, it has just been impossible for me to get to a good show. Then, one day, something magical happened…

“Are you off on March 5th? DORO is playing at The Chance.”

I’ll admit, my main reason for attending this show was to catch the metal queen herself, the mighty DORO PESCH! Y&T have always been cool too, but were never one of my top bands.

DORO is just one of those people who are always hyped. I’ve never once seen her, or spoken to her when she seemed to be just “chilled” and laid back. She is a constant ball of energy, just radiating love for what she’s doing. She will come out on stage, command audience participation, give you one of the most energetic metal shows you’ll ever witness, and then just be the greatest person you can talk to afterwards, and will be just as excited to talk to fans as fans are to talk to her! It’s at a point where I can believe that while I’m back at the car telling my friends “Holy shit guys, I just talked to DORO, and we were discussing some of the cover songs she does!”, she’s in the bus talking to JOHNNY DEE (DORO’s drummer) and telling him “,Holy shit! I just talked to a fan named Andrew! He was wondering if we were going to cover any DOKKEN songs!”

I’m at this double excitement level for sure right now. I’m at my first show in forever, and I am minutes from once again bearing witness to the thunderous God-like energy that is known as a DORO Show. The lights dim, and the Chance venue is packed with people, young and older, chanting DORO’s name. The band begins with “I Rule The Ruins”, and DORO comes running out with the “HEY! HEY! HEY!” chants that would set the tone for the night. The energy gauge tops at 10, and DORO kicked it off at 11. Nigel Tufnel would be proud.

DORO quickly followed up with “Earthshaker Rock”, “Burning The Witches” and “Raise Your Fist In The Air” and others with this rapid fire intensity and little breathing time in between songs. I’ll admit I had lost my voice somewhere around the 3rd song or so. This continued on for a little over an hour until DORO finished up with the sing along anthem, “All We Are” from her days as the front woman of Warlock.

Now, it was time for the headliners. Y&T were up next, and although I didn’t know a lot of their material, I was still excited to see them. After all, “I’ll Keep On Believing” is one of my top favorite hair metal songs. Now, I never thought of Y&T’s music as the most energetic, but goddamn it, they had one hell of an energetic show. Whoever thought of putting DORO and Y&T together is a genius. Unfortunately for me, “I’ll Keep On Believing” was not on the set tonight, but they gave us a ton of their hits, as well as a slew of new-to-me songs. “Mean Streak”, “Midnight In Tokyo” and “I Believe In You” were the definite highlights of the night on their set.

Dave Meniketti has still got it in every aspect. The voice, the guitar, and the over all performing factor. I definitely was not expecting the show I got from them, and Y&T have definitely earned their way on to my favorite live performers list, which I may have to do a write up on itself sometime in the near future.

If I can leave you all with some advice, if you see this pairing of DORO and Y&T coming to your town, not only should you go, but you should drink a shit ton of redbull before the show so you can keep up with the energy. In fact, brew your morning coffee with redbull in place of water. 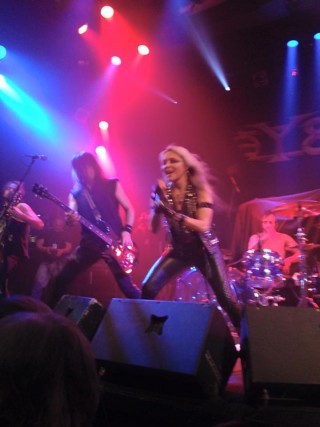 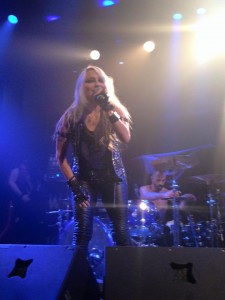 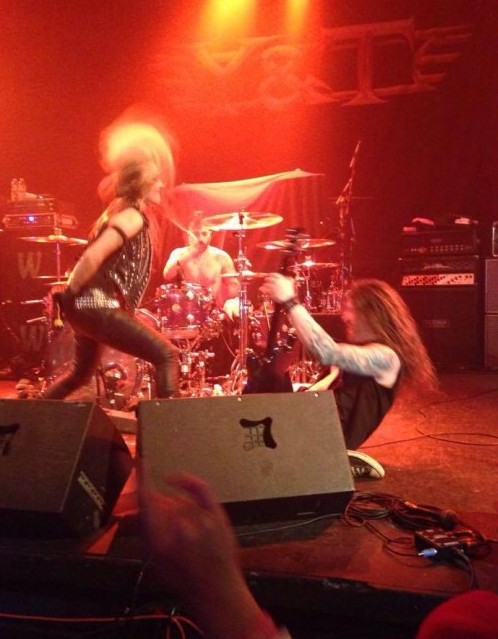 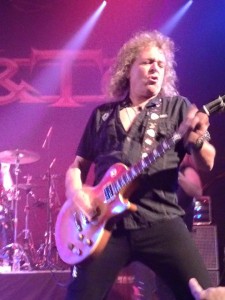