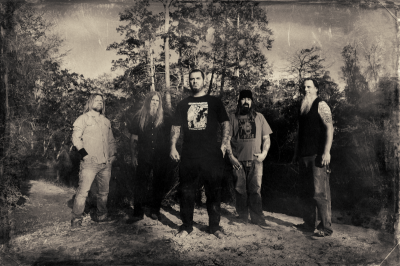 Metal legends Down have premiered their new video for “Conjure” today via RevolverMag.com. The haunting and twisted ode to 70’s horror films was directed by JM Stelly and Chris Trainor at Lab Productions. Stelly previously worked with Corrosion of Conformity and Suicide Girls, while Trainor has collaborated with GWAR, Philip H. Anselmo & The Illegals, EYEHATEGOD, and is the producer of Housecore TV. The track is featured on Down’s latest EP ‘Down IV – Part Two,’ which is now available for $5.00 on AmazonMP3.

Down bassist Pat Bruders says, “We had a lot of fun working with Stelly and Trainor to make something we think is special. Hope everyone likes it!”