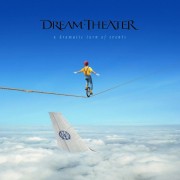 Mike Mangini, drummer of New York progressive metal band Dream Theater, was recently interviewed by Artisan News Service, in which he talks about his feeling of comfort within the band, as well as much more. Check out the full interview here.

Mangini, the newest member of Dream Theater, is featured on their most recent album “A Dramatic Turn of Events” after former drummer Mike Portinoy quit the band in 2010.

“A Dramatic Turn Of Events” was released September 13th 2011 via Roadrunner Records.[youtube]http://www.youtube.com/watch?v=0DpsTNDufUg&feature=player_embedded[/youtube]