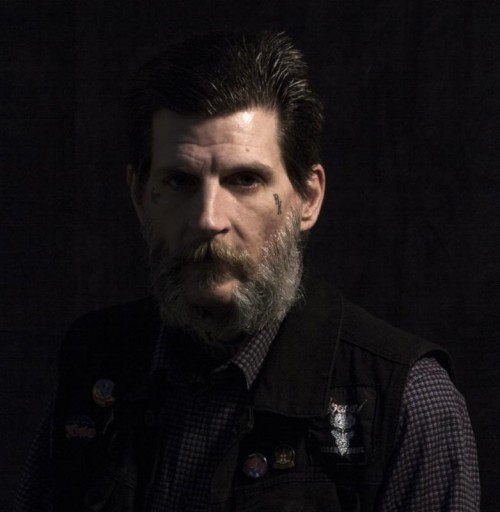 Earth guitarist DYLAN CARLSON proudly announces his first soundtrack work under the name DRCARLSONALBION, to be released as the Summer season begins.

Gold is the first major soundtrack work from DYLAN CARLSON, composed for a foreign language western of the same name; a story of German pioneers traversing the Canadian West. CARLSON‘s score, which revolves around key guitar motifs and their dialog with drone, repetition and loose improvisation, echoes the vast landscapes and almost existential “otherness” captured in the films juxtaposition of traditional western tropes to places and peoples not normally associated with the genre. This slight remove from genre has been a trademark of CARLSON‘s approach to guitar and songwriting throughout his career. Whether that is applying the writings of La Monte Young to Black Sabbath sized riffing in Earth’s earliest incarnations or his re-appropriations of country, jazz and folk during its second act.

Across the arc of the album’s twenty-four tracks — designed to be listened to as one suite — CARLSON‘s lyrical playing dissolves structures into abstraction, stretching out each repetition until you’re left with only the sound of buzzing or scraped strings. It is an inversion of the work of Earth; stripping away where they would layer. It’s an immersive experience. For the first time CARLSON‘s guitar is presented, bare, alone, with only minimal percussion, fore-fronting his evocative, lyrical control of the instrument in a language that transcends tired “cinematic” adjectives and places you directly into the landscape.

The lead track from this tranquil opus is now playing at Pitchfork, stating that the song “begins much like latter-day Earth, Carlson pristinely picking the lead against tinkling cymbals. But nothing else arrives. Instead, he wrestles with the theme alone, bending the notes but occasionally letting them bend back on him, shaping webs of distortion that hover like presiding anxiety.”

Tune in to “Gold I” by DRCARLSONALBION at THIS LOCATION.

Gold will see independent digital and LP release on June 17th, 2014 — the deluxe vinyl limited to 1000 copies — while Daymare Records out of Japan will handle the CD pressing worldwide. Preorders are available HERE.

CARLSON, founder, guitarist and sole continual member of drone-doom pioneers Earth, began performing under the name DRCARLSONALBION in 2011, primarily as an outlet to explore in greater depth elements he only touched upon with the Earth Angels of Darkness, Demons of Light series. Initially the project focused on the folklore and musical heritage of England with early releases devoted thematically to the Pendle witch trials of 1612 and to the music of the ’60s British folk revivalists, particularly Fairport Convention. CARLSON filters these reference points through his unique, meditative and personal search for the purity of the riff; an expressive, improvisational approach that serves as a counterbalance to the repetitive force of Earth.

In the past two years CARLSON has released a cassette, two 7″ EPs and an LP under the name DRCARLSONALBION supported by two European tours with percussive accompaniment from Rogier Smal. 2014 will see the release of the soundtrack he composed for Gold, his much delayed grand opus, Wonders From The House of Albion, and a new album and extensive touring from Earth, the latter of which has just completed a West Coast US tour, and is readying for a tour through Japan, New Zealand and Australia in June, followed by a European festival run and more.