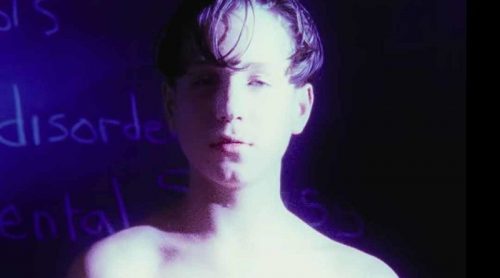 Eddie and Nikki are fighting and I personally believe it is detrimental to the rock genre in 2022.

I love Pearl Jam AND Motley, like many people who have varying tastes. Even if I agree with Courtney Love that the Pam & Tommy thing is poor taste and uncool to Pam, I also am a big Motley fan (even if I think they should never have reunited against their vow for money and could have spared us the ongoing sad ass Vince endless downward vocal spiral).

Different bands serve different purposes and sometimes even overlap. Let’s not psycho gatekeep everything. Or pretend Jeff Ament was never down with some glam metal either or that Eddie also never got pigeonholed by the grungers when he first arrived as a ‘surfer bro’. It under estimated him hugely. This vastly pigeonholes and undersells them.  Let’s not pretend that Nikki doesn’t have a really introspective side either and that he hasn’t ended up helping a lot of people in recovery since the decades of decadence.

Boxes help record companies in the short term exploit scenes, but in the long term kill them and date them and make people resistant to growth by artists. I grew up getting into rock right at the cusp between hair metal descending and grunge ascendant. So both served as outsider refuges to me as a kid looking to find my way. One of the first tapes I ever got that was taboo was the iconic Dr. Feelgood and if Eddie thinks that doesn’t have teeth like G N R when the bass kicks in on the title track or an older song like “Wildside” rips forth from the guitar of Mick Mars, he needs his ears checked.

Watch the L7 doc when they talk about how they were shocked their fans didn’t accept Slymenstra from Gwar. Or better yet, read this absolutely garbage Donnas review from Pitchfork (thanks for showing me it, Globelamp) giving the fun and righteous Donnas album a measly 2.9 while completely missing the point of it and going on as a magazine to kiss the ass of Cali bands for years with way less oomph who are nonetheless derivative and more boring. I bet Nikki and Eddie both like The Donnas and would agree that writer sounds like a moron.

Whoever the fun hating loser who wrote it was actually let this go to print but probably would never shit on The Ramones this way (but did take shots at Motley in the review): The real problem is how The Donnas limit themselves by being “fun.” No one expects or wants every modern rock album to be a broody, isolated masterpiece, but the songs on Spend the Night revolve (or devolve) around three main themes: 1) Getting liquored up and makin’ it with some guy; 2) Getting liquored up and running into some guy that had his chance to make it with The Donnas, but didn’t; or 3) Talking trash about some girl that The Donnas don’t like, usually because she keeps them from getting liquored up. All of this may sound ridiculous, but that must be the lyrical price you pay for having every couplet on the album rhyme.

The author of the corny ass Donnas review also wrote: The Donnas regurgitate a plethora of metal riffs, and for some that may be charming, but the music falls flat because the girls take more than just musical cues from the 70s metal-heads– they embrace their overt use of sexual conquest (or frustration) as subject matter.

This piece of shit review denying girls the same agency as men was written in like 2003. Let’s also not pretend Eddie shitting on “Girls Girls Girls” and coming off like every girl needs a Cat Power haircut is super woke. You are denying the agency of a lot of girls who had the time of their life in the 80’s. Elements of it could be problematic, sure. Or patriarchal. But Grunge didn’t secretly worship cock swagger Aerosmith?!! This situation is like saying every sex worker or stripper has no agency. Fuck that BS in 2022. ANd G N R had teeth but wasn’t somehow also problematic to Eddie just cuz all the Seattle heads were friends with Duff? Lmao.

Rock is suffering as a genre and making people excited about less variety aint it. Different people can get saved by different artists at different times. I am not saying never critique anything! Let’s also not pretend like the glam metal bands didn’t try to embrace grungier sounds when it seemed apt. The Corabi record or Skid Row’s Subhuman Race are under loved albums and unfairly, because of rigid thinking. But Pearl Jam should also know better since they will always have some percentage who only value their first record despite years of expansive and meaningful albums.

Van Halen were insightful ahead of their time when they put “Tora! Tora!” (basically a Sabbath tribute) on Women And Children First and then went right into “Loss Of Control”, just saying.

I just can’t imagine Nikki or Eddie not finding common ground in the lyrics to “Jeremy” after Nikki’s childhood or Eddie absolutely hating the Bowie influenced “On With The Show”. It bums me out.  Sorry.