Edge-Lord Of This World: Thoughts on Niklas Kvarforth and blame games 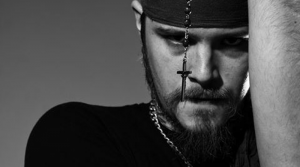 First, let me start by saying props to Toilet Ov Hell for calling Sweden’s Shining what they have become…‘edge lords’. I’ll give credit there for the inspiration for the title of this article, because it made me laugh. Niklas Kvarforth makes some bad ass music but has always kind of been a black metal poor man’s GG Allin. It’s been done before and that route of “shock” rock antics is, well…kinda tacky and frankly, basic. Dude’s brilliant music is completely cheapened by this shit, like getting clicks by doing obnoxious shit and then saying people are “pussies” if they roll their eyes or that they are like, ‘bound to the norms of a society you despise’ or some black metal shite. Cool story, bro. Grow the fuck up. At least Kvarforth also supports some pretty anti-social rap whereas a lot of black metal people would just be bigots and call the rappers savages while then using basically the same kind of language against women you find in the most sexist rap, for example.

Many years ago in my early twenties I was kicked out of CBGB once very trashed for throwing chairs at the audience and fighting the sound guy on stage after drinking most of a bottle of I don’t even remember what. Some of this was documented in an article in the porn/music mag Screw Magazine, which was amazing…but I was still a jerk. And I am told I was spitting in the face of Josh Eppard, my drummer at the time, for having worked once for a local police benevolent association. Ridiculous shit. Then we got beer bottles thrown at us meant for me that whizzed instead by Josh’s head barely missing him. I can’t blame dude for having quit the band after that. I think I thought I had to be a maniac to compete with the punk legacy of the place but in hindsight, I was a total asshole and could have hurt someone. WTF is so cool about alienating people who might actually support your cause?

I interviewed Kvarforth once for this site. It was fine. He was really chill and actually polite and I was startled based on his reputation. We talked about how we both love King Diamond and other things. I also admire the way, like Forgotten Tomb, that Shining has been all about unabashedly showing some of the darker sides of depression and self-harm in a way that at one point seemed pretty genuine. Now, the band sort of reek of self parody and alt-right tropes.

On the worst named current tour in metal “No More Safe Space Tour” (let’s see how you would feel about safe spaces if your mom was raped or best friend gay bashed at  metal show, hmm?) Shining have been supported by two way better bands Wolvhammer and Revenge. I like Jeff from Wolvhammer a lot and have bought merch from him or joked around with dude before. That said, whether you think metal should be a complete free marketplace of any type of ideas as the title of the tour would seem to denote, some of the things Kvarforth is now accused of like drugging women should not be acceptable in any context.

PWR BTTM, who ironically had some of the coolest unisex bathrooms at a show I attended and promote safe spaces, have had their career derailed by allegations of misconduct that they seem inclined to at least maybe eventually acknowledge, if misleadingly feigning ignorance of after already having allegedly been aware of the allegations for a lengthy time before it all went public. Heartbreaking. Is Kvarforth off the hook cuz he is “edgy”? Own your poor choices or mistakes.

I for one know that any time I have made any bad errors or shitty things have happened in my life I have apologized profusely and sincerely meant it. Life is too short to deflect things or harm people and brush it off.

Some dolts on comment sections of various sites are saying the venues who booked Shining should have known who they were booking, a complete displacement of blame. It is like calling antifa fascist for PROTESTING fascism! You don’t get to do that. That is total victim blaming and the tactics of an abuser. Does that mean antifa is always on point? No. Attacking fans at a venue who might not know about the murky ties of some band on a bill is counter productive to educating. That said, I am totally fine with vocal Nazis like Richard Spencer getting fed his own citronella torch. In the case of supporters of Shining (not to be confused with the superior Norwegian black jazz act), believing in free speech is different than giving license for fans to be beat up or groped without consent. Where is the freedom in someone else’s autonomy and boundaries being taken away? – Maybe that seems hypocritical since I just said punch vocal Nazis, but I firmly believe at this point and time when they are pushing again towards mobilizing that is basically self-defense, as much as I was against pre-emptive strikes in Iraq, for example. It is actually different if you do enough critical thinking. Free speech is one thing until you are telling people to promote genocide and xenophobia that costs real lives.-

It’s like when I for years asked Coheed and Cambria to make a statement that they got the name from my sister Cambria- who once or twice did the door at shows I mutually played with Shabutie and whom they knew for years– and to tell their fans to not call her a whore or other shitty names, which HAPPENED, and they never did anything or threw Drake style shade at me. While we now have a sort of truce and I am moving on from it, I know for a fact a lot of our conflicts over the years would not have been as heated if they had not contributed through omission to an environment where I could be gaslighted or their less cool and more asshole fans could call my sister a liar or a slut. Not groovy. Not to take away from some very asshole things I did in response, but it is a two way street sometimes. Doing damage control by ignoring a problem doesn’t make it go away and is cruel. It was not enjoyable being mocked by their fans over their wealth while my dad died slowly of cancer and my family lost almost everything, I nearly died several times from depression and was blacklisted in my scene while other people got a pass for similarly self destructive actions that I actually tried to save them from. BUT, I digress…

My problem with a lot of black metal is that the elitism in being “kvlt” often breeds a serious entitlement. If you make it bigger you are automatically false, but if you break the mold and say, go more feminist like Caïna did you catch a lot of shit. Meanwhile what is less normal in society than feminism!? Witch burnings, anyone? Shit, there is a whole King Diamond album The Eye that talks about how fucked up those were! Also you have women like Kim Kelly who do twice the work of most dude writers at legitimizing themselves in a male dominated industry and yet catch extra shit by threatened dudes. I will always acknowledge when someone of any gender knows more than me on a subject and she can pull info out on some of the most obscure bands that even a person like me with a pretty wide net of knowledge knows jack shit all about. But that is not just because she is a fan but because she had to prove herself by knowing twice as much, because of her gender.

Now, I would like to posit that it is not edgy to abuse white privilege and prance around like you are breaking the mold by being an asshole to other people. I do respect that at least Kvarforth owns his shit and you are free to support or not. That to me even makes Five Finger Death Punch, noted Trump apologist dumb bells, have more integrity than bands who flirt with NSBM but give half ass responses when confronted so as not to lose fans. Or never respond like Mayhem never back tracking on Hellhammer’s awful anti-gay comments in Until The Light Takes Us. Seriously, I wish the Sunn O))) dudes, who I love, would ask Atilla Csihar to tell his boy Jan to grow up and apologize. Yeah, I know. But “black metal”. Anyone who believes that can suck my big, unashamed/ bi and non binary dick. Edgy enough for you, All That Remains fans? Some people don’t want to be called a f**got or n***er even “ironically”.

A friend of mine asked how I have white privilege since I grew up with no electricity for years, have suffered a lot in my life through some seriously dark shit, worked for everything I have and have battled serious depression. Well, I thought about it and that does not take away certain internalized advantages in the system. I am non binary and uncloseted as bi now, but most of my life presented as a regular, if crazy acting, white cis male. Sometimes I did really anti-social or dangerous shit or broke the law. I can remember once whipping out my dick and pissing in a road cone outside of Happy Endings in NYC on the Lower East Side to make a girl I was with laugh. If you think about it, Eric Garner was choked out and killed for less! Watch 13th on Netflix, y’all. Shit is not cute.

We can all do better.