Elantris to open for Epica on North American dates 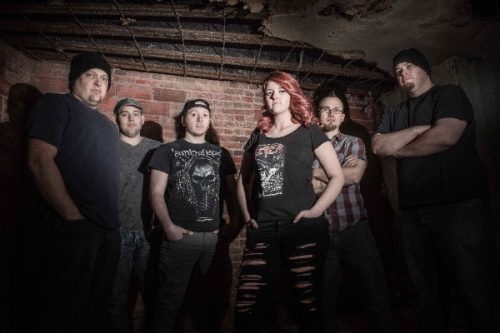 Ohio’s Elantris feature beauty and the beast style vocal switch offs, semi-raw yet symphonic arrangements and a hard work ethic that has found the band open for Xandria and Sonata Arctica, among others, before. They have been compared favorably to Kamelot. Elantris will support their recently-released debut album, This Sacrifice with a set of dates that will also feature Insomnium, Lacuna Coil, and headliners Epica. Those are all major players in the scene and any one of them would be a challenge to share a stage with, but Elantris seem up for it:

“We are very excited for the opportunity to perform with such incredible bands. With our combined powers, we see no reason we can’t reshape the hearts and souls of everyone present at the shows. This is a once in a lifetime opportunity to play on a fantastic tour and get to play our music at so many great venues, in front of so many incredible fans.”

“Our main goal on this tour is to stimulate the economy by increasing the production of mops and buckets. These will be vital in dealing with the increased sweat and face melting that occurs at most venues due to extreme headbanging and joyous feeling that occurs from witnessing raw epicness!”

Dates and a taste of the band’s sound below.