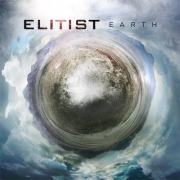 L.A. based band, Elitist,have premiered their stunning new progressive metalcore song “Fracture”. The track showcases the group’s ability to place heavy instrumental riffs besides aggressive vocals without hindering the tune’s overall melody. “Fracture” is off of the band’s upcoming EP, “Earth“, which will drop October 25th via Blkheart Group.