Eluveitie has announced that in honor of their 10 year anniversary that they will be releasing an album titled “The Early Years,” which will be compilation of their earlier work together as a band.

Front man Chrigel Glanzmann had these comments to make about the album:

“‘The Early Years’ will give both old and new fans access to the very first steps in ELUVEITIE’s history. I can’t believe it’s been 10 years already! Speaking of that, to celebrate our 10 year anniversary (2002-2012) we wanted to offer you something special. Therefore we have decided to re-record the tracks of our first EP ’Vên’! We had a lot of fun putting those songs on tape again – some of which we have been playing live to this day and that have developed together with us over all these years.”

The album work can be seen below (to see larger image click on art): 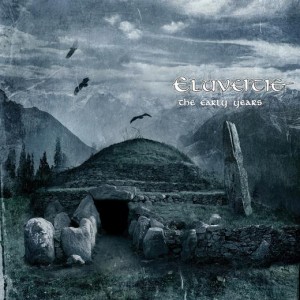