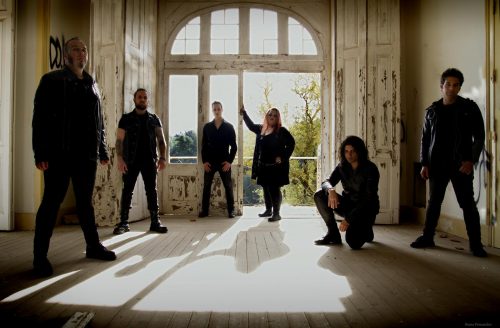 Portuguese melodic metal band Enchantya now release a new single for “Mother Hope”. This is the first new track after their critically acclaimed second studio album On Light And Wrath, which was released in 2019 by Inverse Records. Fans can expect an uplifting yet somewhat sorrowful song with classic heavy metal flourish and serene vocal highlights.

Singer Rute Fevereiro and Keyboard player Pedro Antunes comments:
” “Mother Hope” was inspired by the situation the World currently lives with everything that Covid-19 brought with it. We live in a time when collective consciousness must prevail, as well as hope for a better world. Planet Earth is our home, as well as home to all the different species. This song speaks of the hope that humans will use these times to think both as a whole and in each individual. It is a theme that speaks of hope and that the outcome of this phenomenon now brings more unity between people regardless of race, gender or sexuality, and a better world for everyone. That option is within each of us, and one person can make all the difference.”