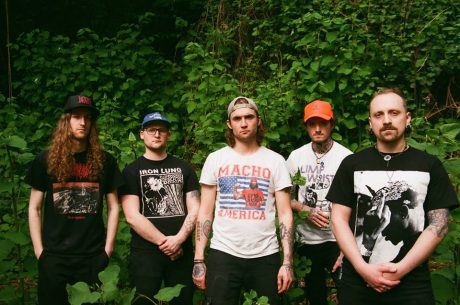 Seclusions will be released on CD, vinyl, cassette, and digital formats on February 16th. Preorders are currently available via the official ENDORPHINS LOST Bandcamp page at THIS LOCATION where first single, “Caduceus Rising” can be streamed.

ENDORPHINS LOST will pillage stages throughout 2019 beginning with a record release show February 16th with Black Queen, Great Falls, and City Of Industry. The band will blast this year’s edition of Maryland Deathfest as well as Montreal Earslaughter. Additionally, ENDORPHINS LOST will be announcing a West Coast tour with French grind fiends Whoresnation as well as a Japanese live takeover in the waning months of 2019. Details to be announced in the months to come. Stay alert.