Entrails will bring “Obliteration” this year via Metal Blade 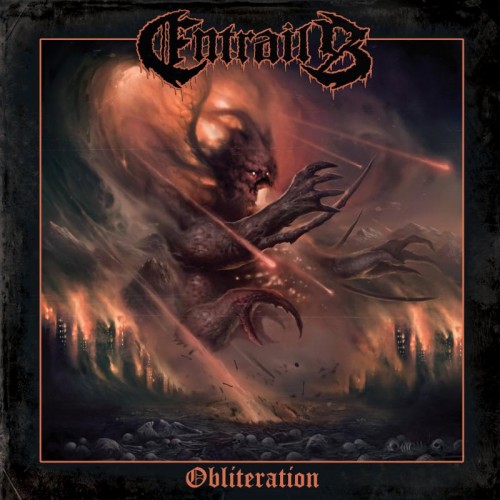 Death Sweders Entrails are great because they always just sound so plain FUGLY. The band create a consistent boiling vat of ashen char that you’ll choke down with a smile through broken teeth on every release. Even their demo recordings are essential listening for fans, not just self-indulgence.

Obliteration is the follow-up to 2013’s Raging Death full-length was tracked by guitarist Jimmy Lundqvist at his own Bloodshed Studios and mixed and mastered by legendary musician/soundsmith Dan Swanö (Edge Of Sanity, Bloodbath, Aeon, Hail Of Bullets etc.) at Unisound. The cover art looks like a really scary AD&D module come to life. I’m sold.

Comments Lundqvist: “Finally, we can unleash this beast named Obliteration to the fans out there, this time with a more driven and raw style that shall taste good to everyone’s ears if you’re into the older simplified death metal that we prefer to play. Recorded in our own Bloodshed Studios and mixed by the mighty Dan Swanö nothing else but slabby, Swedeath can be served.”

Rapid fire, raw buzzsaw death riffing somehow working with the tasteful lead textures and undead vocals await those who sample the third track, “Beyond The Flesh,” at THIS location.