EP Review: The World Without Us – “Body Forth” 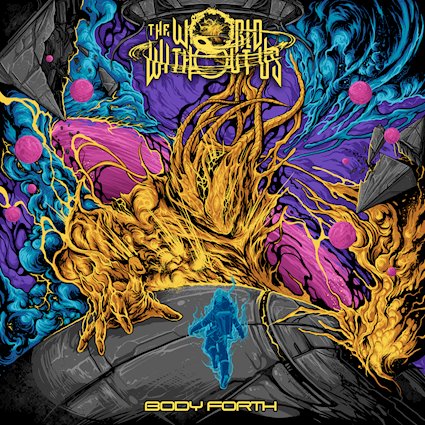 The World Without Us. What’s in a name?

I was at a spiritual Goddess-centric event the other day and was talking with someone about how the Earth will  likely survive humanity, even as we destroy ourselves. The sad part is we need more people to witness for the planet in thankfulness and kindness, reverence for creatures, etc.

The band tries to compress a lot into 4 self-released songs and mostly succeed in both giving you a taste of their potential and leaving you wanting more, though some sections can be a little fatiguing. With even more dynamics ala Periphery, this group could really break out.

TWWU name made me at first think of The World We Knew, but this band is their own entity. I was actually startled to hear such prominent clean vocals first when “Eden” kicks in (after a Meshuggah-esque thuddy but sophisticated intro), expecting harsh vox the whole time. I actually like the cleans better in the case of this band. Screams aren’t bad but Mario excels as a clean singer in a way some bands can’t (and without it getting too whiny range-wise), so I would rather hear that. It kind of reminds me of how Veil of Maya just became so much more impactful the last few albums by dropping the tough guy shit as main emphasis over otherwise intelligent arrangements, lol.

Personal taste aside, this 4 songer is a banger. Complex arangements meet the excellent  Kevin Antreassian production and come out both intense AND polished to a fine point. “Cult” roars with faster and precise murderous intent. “Weeds” is not a Life Of Agony cover but rather a venemous and abrasive math-core bruiser that doesn’t let up, even while going interesting places. “Peril” clobbers in with an opening riff that hits like Coal Chamber /Acacia Strain, in some punishing weird way.

This record has some heavy moments but also will mainly appeal to fans of BTBAM, The Contortionist, Septa etc.