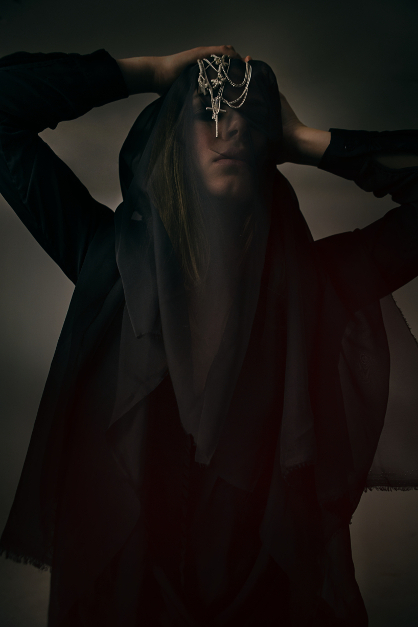 Ok, I promise to post, like, seventeen Black Breath and Entombed articles after this dance tangent, but I am betting most of you wont mind.Anyway, I heard this mesmerizing track on acclaimed Swedish label Labrador for a group called Eternal Death today. It is not what you’d expect from a group with basically a made for death metal name.

The vocals really are like Witch House meets Dolly Parton or even Cocteau Twins and the shit is spooky, moving and pensive. I found myself wanting to go run outside in the rain with my shirt off and scream at the sky. You may just want to turn it off and get back to beating off to Immortal, I don’t know. But seriously, how could I not run that photo? That is a great photo.

But while this is a metal site, we have to give props to anything dealing with grappling the inevitable lights going out with this much potency.

The story of Eternal Death began in the fall of 2013 with the video ”Eternal Death”. With its 4 minutes of total silence and darkness it created an equal amount of fascination and confusion. The video was followed up by the single “Head” in the early spring of 2014.

Eternal Death are working on their debut album due in the fall of 2014 – an album about evanescence, death and sparkling pop melodies.

Click HERE to hear “Bullet” and God bless us, everyone.