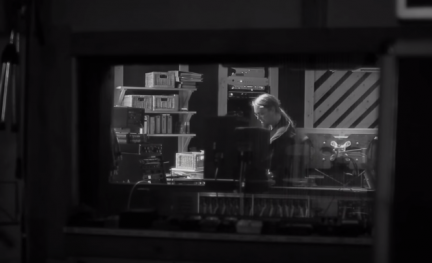 When I was a huge teenage Dischord Records fan I’d go for weeks at a time Fugazi-binging. The Jesus Lizard were also a band like that for me. No one toe in the water or iTunes shuffle through one song before on to The Walkmen or Stevie Wonder or whatever (we didn’t have iTunes or The Walkmen – the band- then anyway). Nope. It was all of GOAT and a side of Liar on tape or nothing. And a full dose of Red Medicine. The much different famed power metal heroes Stratovarius are the same way for me. News of any impending release sends me dusting off cds of past records as a new song might make me yearn to hear all of Elements Pt. 1 or Elysium and then I’m hooked. I hear Rush fanatics are the same but I think they pretty much always just listen to Rush, which is awesome.

Anyhow, Timo Kotipelto’s expert tale weaving and the new guitar visions of Matias Kupiainan have resulted in bold strokes that have assuaged many critics doubts. Nemesis in particular made my top 5 albums of ALL of 2013 for this very site, in the company of Palms and some other more hip to like bands. But make no mistake, Stratovarius always have ruled and stil fucking rule.

Stratovarius will release Eternal on September 18 via earMUSIC. The symphonic metal masters offer a guided and intimate tour of the album via this behind-the-scenes mini-documentary.

It’s 12 minutes long and allows fans and viewers to take a deep dive and to experience the birth of Eternal.

The mini-doc spotlights the band in the studio recording, along with interviews. It’s in-depth and intriguing.

Watch this keyhole view of Stratovarius while making Eternal here.