Exmortus announce the quite stacked Summer Of Steel Tour 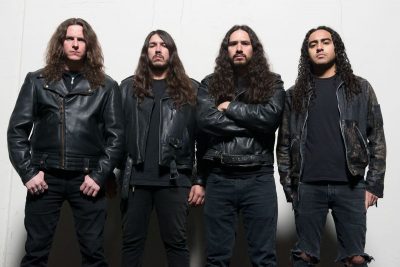 But first, well…today has been pretty cool so far. Florence and the Machine announced a North American Tour, Roseanne got her racist tweeting ass dropped by ABC, the very vindicated Ms. Taylor Swift is about to play Chicago and kick major ass right as KimYe put their feet in their mouths so hard they are being dragged by the whole damn city and Donda’s House dropped TrumpYe’s mom’s name since he is so fake (maybe Taylor can donate when she visits town and save the day. That would be fitting tea).

I just got a copy of Rational Mysticism by John Horgan and despite being out of herbs I can’t complain too much on this sunny day. Seems a perfect time to help share the news about some caustic, face ripping metal to all you loyal hordes who don’t care about my forays into politics and pop culture. You know I never forget the headbangers and reanimated denim wearing skeletons over here at Metal Riot, right? Even though my gf has ensorcelled me into listening to Red everyday and now I think it rules. Whatever, y’know what? I love Taylor and she never agreed to be called a bitch and have her likeness used in “Famous” distastefully or have a braggart take credit for her hard earned career.

But yes, even though I am now a fully indoctrinated Swiftie, I still love the charred ruin of thrash blasted skulls and thus am pleased as punch to share this Exmortus news!

EXMORTUS will hit the road this summer headlining The Summer of Steel Tour! Featuring support from The Absence and Hatchet alongside Immortal Guardian, Black Fast and label mates Micawber (who fucking destroy and who I have been bumping loudly to scare my neighbors into thinking I am a complete serial killer who switches back and forth between Taylor and death metal between bong rips) on select shows; EXMORTUS will embark on tour dates across North America beginning June 28th in San Diego.

“We are stoked to unleash The Sound of Steel upon North America this Summer! This is our first headlining tour and we’re honored to have within our ranks: The Absence and Hatchet, as well as special regional guests — Novareign, Immortal Guardian, Black Fast and Micawber. So, come and have your minds melted by the new tunes as well as old favorites! See you soon!” says EXMORTUS founder, vocalist & guitarist Conan. 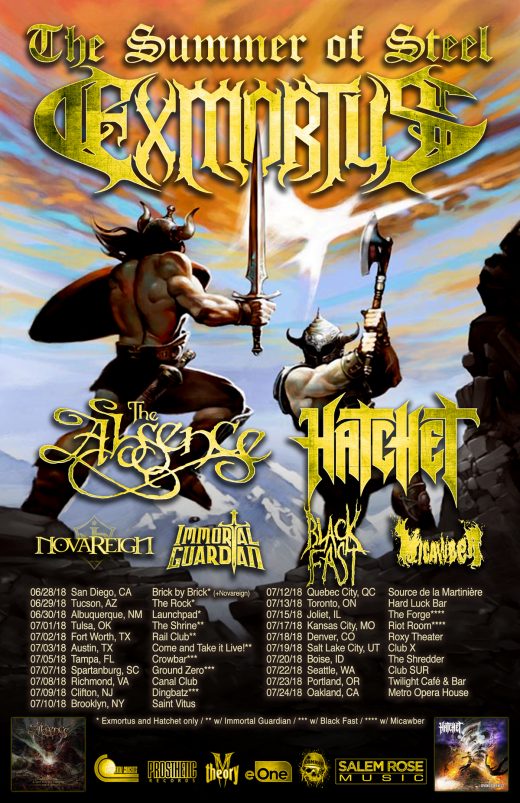